"Jordan Klemons is  great guitarist with Unlimited potential. His prodigious technique is never an end in itself but instead the means to musical expression. He is a musician who looks to the past for inspiration and influence yet has a modern conception; he is someone to look out and listen for!" 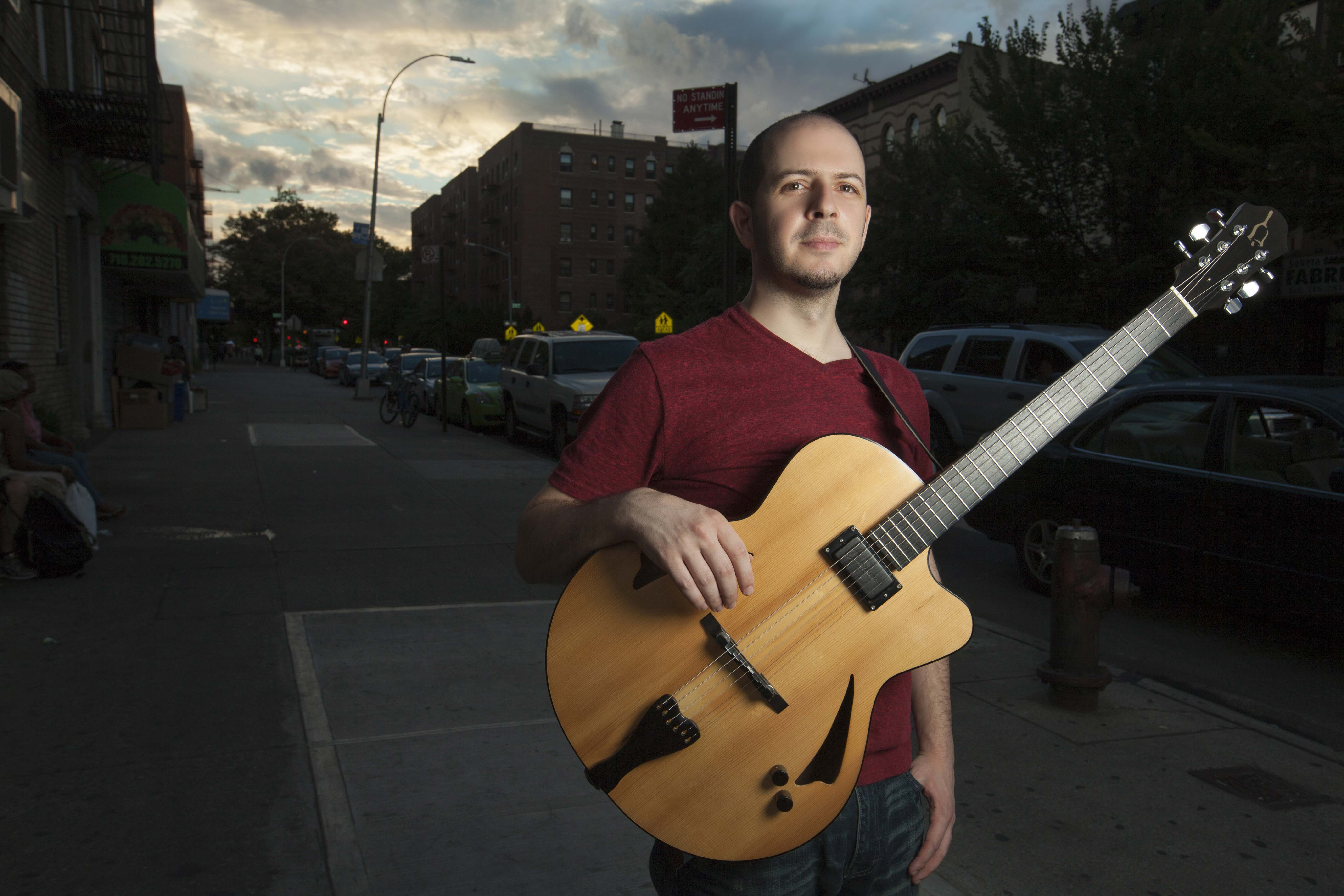 I started this site because of a strong desire to help share the depth and focus of the culture of jazz guitar educate in NYC with everyone around the world who’s interested in walking their path towards jazz guitar mastery.

Ever since I got involved in studying jazz, I felt a pull to move back here to the city I was born in. Similar to a student of Kung Fu wanting to travel to the Shaolin Temple to study with monks, or an orthodox Jew or Muslim wanting to learn in Jerusalem… I felt the need to be in NYC to study and learn from the legends and the musicians living in the heart of this great art form.

And it was everything I had hoped it would be and more.

There is a very tangible, but subtle, shift that can take place for a student of jazz when living and studying here. It’s difficult to put into words. When discussing this shift with a friend of mine, he put it quite well when he said:

"It's like if two people are arguing about some stance on music theory... one player sees and prefers it one way, and another player sees it the other way. That's sort of like two people looking at a glass half filled with water. One might argue that it's half full. The other might argue that it's half empty. And they will get blue in the face arguing over it. Then John Scofield or Mark Turner will walk by, pick up the glass, drink the water, make some comment about how thirsty they were and how refreshing the water tasted... and then they'll just keep on walking by.”

It’s not that the theory is any different, or that the 12 notes of the chromatic scale change… it’s just the tiniest shift in perspective. It’s like I was looking at the picture from one angle for 20 years, and then I met some of my heroes and they convinced me to just turn my neck and inch to the right and look at the same thing but from a slightly different perspective. And it changes everything.

I know that not everyone can move to New York. Some people have wives and children, families to take care of. Some have a steady job that is too good to walk away from. Some aren’t yet at the point in their playing where they can get accepted into a school to link them up with the players and teachers they want to meet… or perhaps they’re not in the financial place to be make that work even if they were accepted.

There are countless obstacles that prevent so many people from coming to study in this city. I started this site to try and offer another option. This site is not a replacement for coming here. If you can get here and study with your musical heroes… do it! If you can’t get here, I would also recommend reaching out to them directly and seeing if you can study with them on Skype or in person during a quick weekend visit. These are real options and you should look into them. If none of that will work for you, then perhaps the culture and the community we are building here at NYC Jazz Guitar Masterclasses will offer another option.

It used to be that if you wanted to become a great jazz musician you transcribed a musician you loved a lot until you became good enough to play with great players. And each of those great players would end up teaching you things on the bandstand. The better you became, the better the bands you could get into. Sort of like Bird mentoring Miles… or Miles mentoring, well, just about everybody. It becomes a culture of contact.

Today however, outside of academic institutions, the most common route for studying jazz is the internet. It has taken the education out of the lineage and tradition that is passed on directly from people living the art form to the next generation, and it has put many of us on our own. We run from one online teacher to the next seeking out the best 10 minute video lesson we can find to help us navigate whatever waters we find ourselves in. And many of these online teachers are great players and teachers. But it creates a culture of isolation… and one that’s often times not rooted in the tradition itself. The tradition which is alive and thriving in NYC, and many other cities around the world as well. That’s why my first advice is to come and study here, or to find the legends online and study with them directly.

If that’s not possible, that’s where I hope you will find some aid here. I don’t mean to offend anyone personally, but it must be said. You can’t master an art form like jazz by learning it in five minute segments from random people online. Here are the words from the genius pianist, Bill Evans on the process of learning jazz:

People tend to approximate the product rather than attacking it in a realistic, true way at any elementary level — regardless of how elementary — but it must be entirely true and entirely real and entirely accurate. They would rather approximate the entire problem than to take a small part of it and be real and true about it. To approximate the whole thing in a vague way gives you a feeling that you’ve more or less touched the thing, but in this way you just lead yourself toward confusion and ultimately you’re going to get so confused that you’ll never find your way out."

"It is true of any subject that the person that succeeds in anything has the realistic viewpoint at the beginning and [knows] that the problem is large and that he has to take it a step at a time and that he has to enjoy the step-by-step learning procedure. They’re trying to do a thing in a way that is so general [that] they can’t possibly build on that. If they build on that, they’re building on top of confusion and vagueness and they can’t possibly progress. If you try to approximate something that is very advanced and don’t know what you’re doing, you can’t advance.”

This is precisely why here, we don’t do videos of short lessons showing you a series of riffs to memorize, or the technique to sweep the fastest across the strings, or how to sound just like Wes Montgomery or Kurt Rosenwinkel. We are interested in delving in the process. How can we learn to appreciate the process that our idols underwent and take that up ourselves? How can we build a strong foundation on the fundamentals that will allow us to play honest, authentic music that we can truly express ourselves within, and then built upon that foundation to become more and more advanced players from the ground up - rather than trying to approximate the entire thing and finding ourselves in more and more confusion, wondering why 10 years has gone by and we still don’t feel a sense of musical freedom when we attempt to improvise or express ourselves?

I’ve opened for the Wayne Krantz Trio, I’ve played multiple sets at the Blue Note with members of the Vanguard Jazz Orchestra and Maria Schneider Orchestra, I’ve performed at jazz clubs all over cities and famous venues and festivals across the country including Bonnaroo and The Joshua Tree Music Festival.

I’ve taught as an adjunct instructor and a yearly guest lecturer through the New York University Jazz Studies program. And using Skype, I’ve connected student from four different continents around the world to the NYC jazz scene. I also may be slightly obsessed with triads… just a little. Feel free to reach out and let me know if my inability to stop talking about them is getting annoying.

So glad to have you as part of our community! Truly, it’s an honor to connect with you. Please feel free to find us on social media so you can take part in our group and talk with other members about jazz guitar and the process of improving ourselves.

Your new friend on the path to jazz guitar mastery,