I wrote a short, 2-measure idea for you that combines both topics applied to a basic V7 -> I6 chord progression. Then I moved that progression through the entire circle of 5ths so you could try it in all 12 major keys. You can download the PDF below.

Let me briefly explain what each of these two topics means, and then I'll analyze what's happening in the exercise.

Octatonic Triad Pairs? And Why Bruce Lee Wants You To Stop Kicking So Much

Look! Up in the sky!
It's an octatonic scale!
It's a dyad run!
It's triad pairs!

Yep, this whole run started with one simple major triad. But like a seed planted in the ground, watered, and tended to... it's bound to grow into something else.

Here's the basic theory going on that turned a simple A major triad into... that ^^^^

I'm using an A major triad over a C7 chord. There's a lot to cover, so I'm not going to explain too much about that. 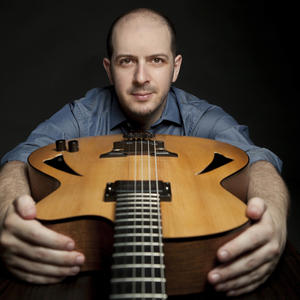