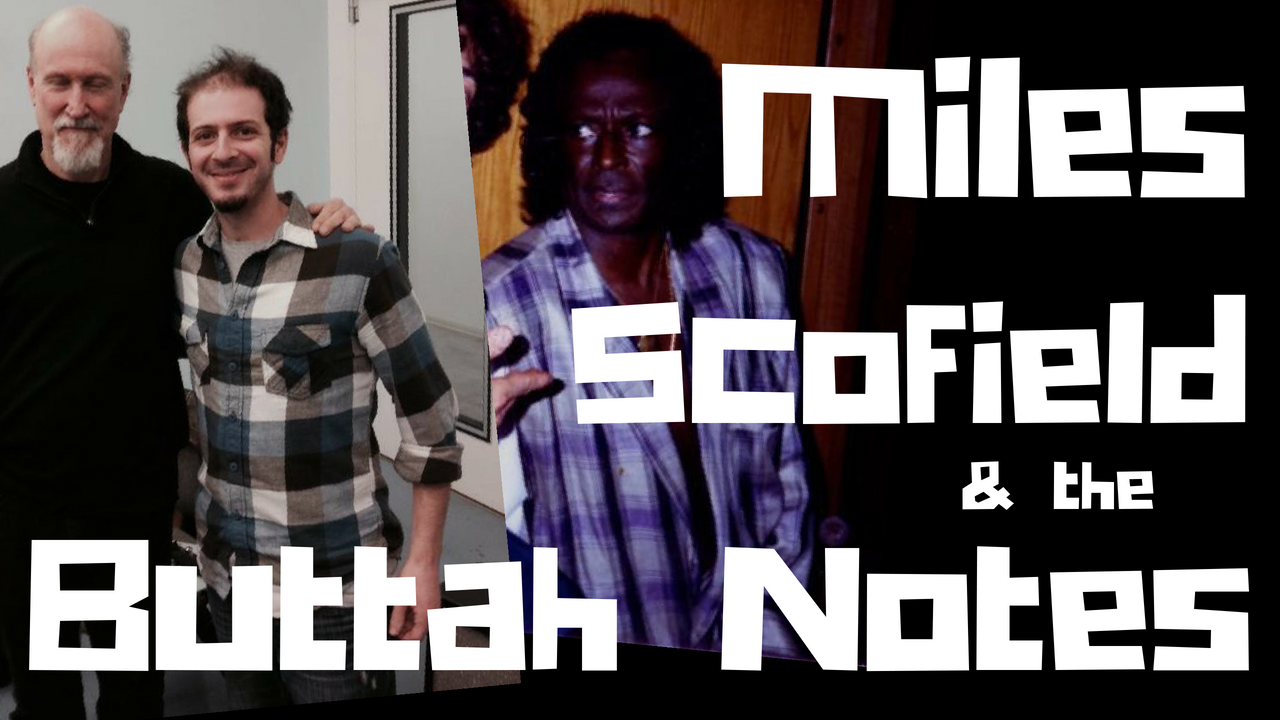 As the story goes, Herbie was sitting at the piano, Miles walked over and said, "Don't play the buttah notes." Herbie thought Miles was saying 'butter' notes. He didn't know what those were but figured he must have meant the 3rd and the 7th, so he stopped playing those and leaned more heavily on the other notes of the scales and chords and a new dimension of modern jazz harmony flourished.

This was before the internet, so Herbie's story hadn't yet made it into the jazz history books. Sco and the guys didn't know what buttah meant and thought it was Miles' raspy, whisper voice way of saying better. "Nah man... play the better notes."

So what is a better note? I mean... we have diatonic notes vs non-diatonic. But better?

There are so many variables that go into this. Of course, the tune that's being played and the player's phrasing and their sense of time and feel is a huge factor here. But for me, a lot of it boils down to the attitude and mojo of the player. Their personality and the relationship they have with the instrument and their sounds. They KNOW what they want to convey. Not simply intellectually, but in a guttural, emotional way... they put their hands on their instruments and simply feel where these better notes are. It's very personal for them. It's the way they express their humanity. Are the notes found in scales? Yeah, probably. But it's not about playing the right notes from a key... it's about expressing something. Conveying their humanness. Communicating emotion.

This is one of the many things that eventually led me to become obsessed with melodic triads.

Take for instance the video example below. I'm basically using a pentatonic scale made up of Eb - F - G - Bb - B to play over G7alt.

Nothing controversial there, right? It's 5 of the 7 notes of the Ab melodic minor scale. But for me, the Eb triad notes are my resolution points. That allows for two interesting things to happen. First, it tonicizes the #5/b13, the root, and the #9 (meaning that these notes - 2 of which are altered upper extensions - are going to feel like the most stable resolution points within the melody). This gives a sense of strength and integrity to some very colorful sounds. Second, it turns the 3rd and the b7th of this altered dominant into melodic tension notes. Tension notes want to move. They have an emotion to them.

Check out the video below and see if you can hear the emotions I'm trying to take advantage of.

And we could take our practice beyond where this video leaves off. We could pick a 3rd tension note, or a 4th, or 5th. And each of them will yield a different emotion... and will give me the chance to explore how I personally connect with that sound and that emotion. It helps me find a sense of attitude about have something honest, authentic, and emotion-driven to say as much as it gives me a series of notes to play over a chord. It allows me to have a personal function and purpose behind each note.

As an improviser and composer, these tension notes allow me to focus on using them for emotional meaning. They let me express a part of my humanness rather than simply falling into the trap of running through scales simply because I know they have the good notes in them. And that's one of the many things that I keep in mind when attempting to "play the buttah notes."

If you'd like to learn more about this approach and dig into the harmonic and melodic applications of it, check out our Melodic Triads Study Group.

What makes a note a better note to you? What makes the difference between a good note and a better note? How do you attempt to transcend scales, arpeggios, and chord tones to get to the deeper elements of improvising music? And what the hell do you think Miles was really saying? Why did he ask Herbie not to play the buttah notes, and Sco to play them?

Get news and updates about new blog posts!